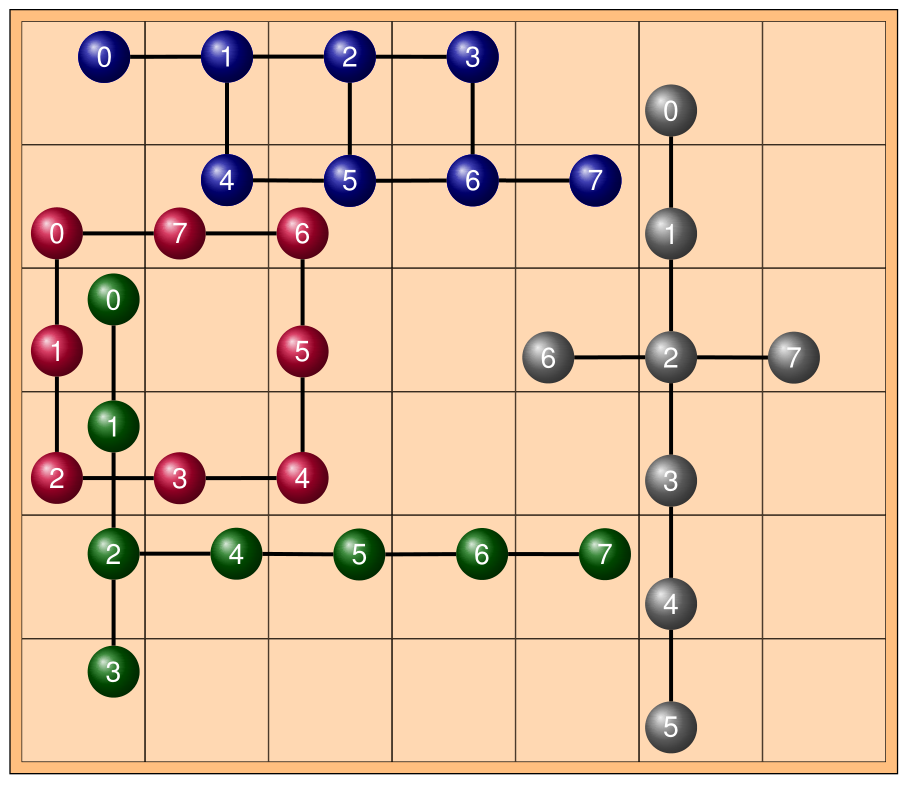 Sample n-tuples on an Othello board

We are happy to announce that our paper „AlphaZero-Inspired Game Learning: Faster Training by Using MCTS Only at Test Time“ (preprint available here on arXiv) finally got accepted by the internationally well known journal IEEE Transactions on Games. It was quite some work to answer all the good questions of the reviewers, but it was worth it, since it brought the article in better shape.

The article arose from the Bachelor thesis of Johannes Scheiermann and further work we did after the completion of this thesis. The key message is: While the very successful AlphaGo and AlphaZero is also very computationally demanding, we present in this paper an AlphaZero-inspired approach with so-called n-tuple networks, which is much cheaper to train: only 2h to train an Othello agent from scratch, where the full AlphaZero approach would take at least half a year (!) on the same hardware.