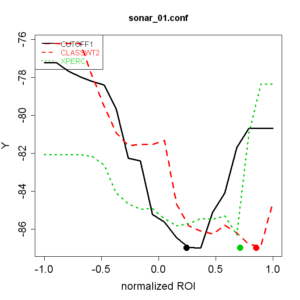 Tuned Data Mining in R ('TDMR') performs the complete tuning of a data mining task (predictive analytics, that is classification and regression). Preprocessing parameters and modeling parameters can be tuned simultaneously. It incorporates a variety of tuners (among them 'SPOT' and CMA with package 'rCMA') and allows integration of additional tuners. Noise handling in the data mining optimization process is supported, see Koch et al. (2015) <doi:10.1016/j.asoc.2015.01.005>.

More information on TDMR is available on the TDMR project page.

GBG (General Board Game Playing & Learning) is an Open Source software framework developed at TH Köln, University of Applied Sciences. GBG aims to ease the entry for the students into game learning and the reinforcement learning research area which is a very interesting sub-field of artifical intelligence. In 2018,

END_OF_DOCUMENT_TOKEN_TO_BE_REPLACED 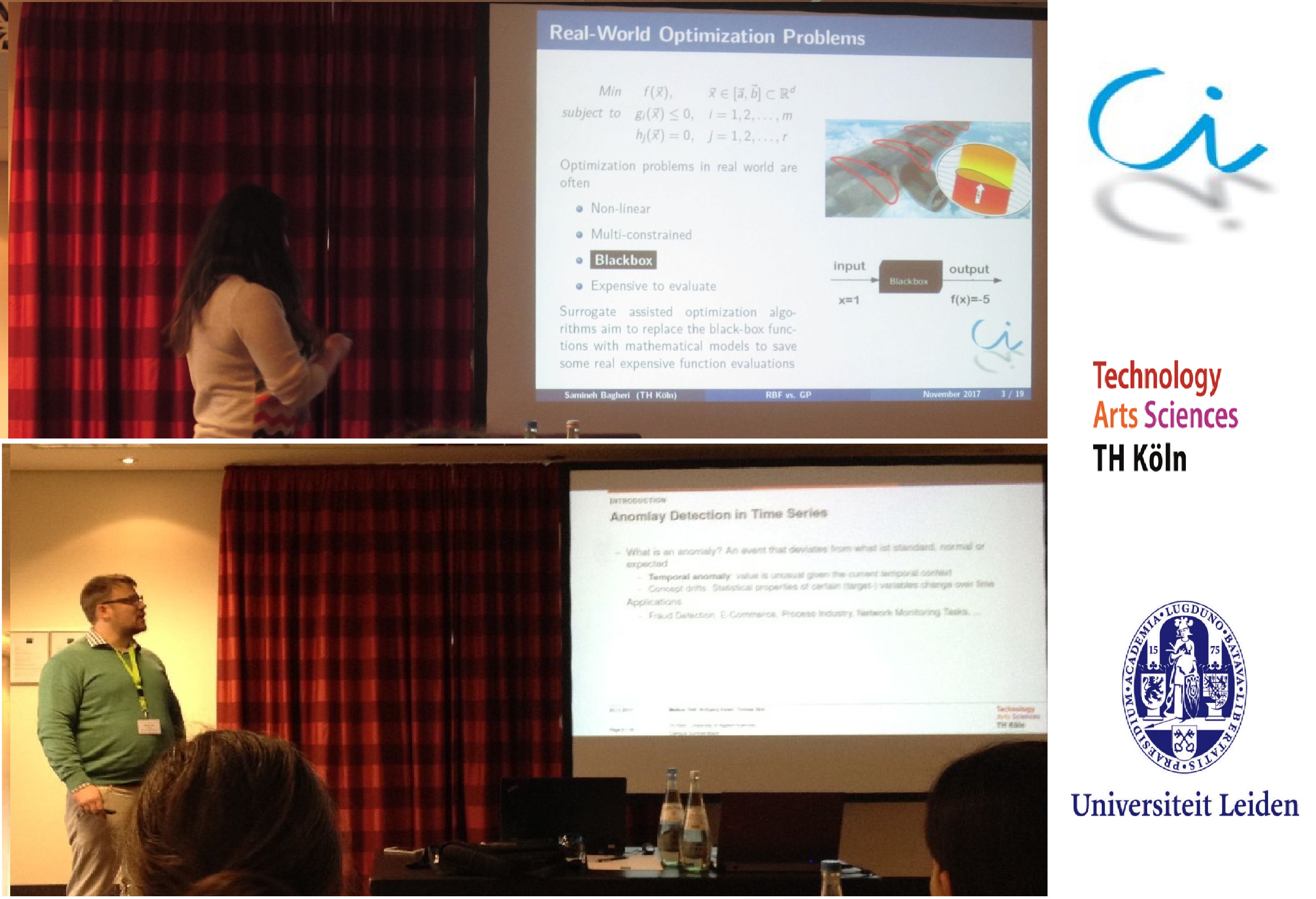 The annual Computational Intelligence workshop in Dortmund is a great place for sharing new ideas and recent work done in computational-intelligence related topics. This year, the GMA workshop took place on 23-24 of November at the Dorint Hotel in Dortmund. Our team presented two papers in the fields of surrogate models and time series analysis. In total there were 4 papers presented from members of TH Köln, Campus Gummersbach.

Besides receiving effective feedbacks about our own work, we also had a chance of  listening to many interesting talks about related research work, done in different universities. The presentations had very diverse topics: from more practical ones to very abstract and mathematical ones. The friendly atmosphere, constructive critics and open discussions make this workshop very special and productive.

If you are interested in our recent article Self-adjusting parameter control for surrogate-assisted constrained optimization under limited budgets  which appeared in the journal Applied Soft Computing (ASOC), please take the opportunity to follow this link: https://authors.elsevier.com/a/1Vj555aecSVnxb. For a period until November, 02, 2017, this link will provide the free download of the final journal article. (After this period, the link is still

END_OF_DOCUMENT_TOKEN_TO_BE_REPLACED The OC Digital Day organiezed by TH Köln and Opitz Consulting group has taken place at TH Köln Campus Gummersbach last Sturday. Many talks and a few keynotes were presented in the field of digitalising (model-based optimization, Big Data, Oracle, Gamification, smart home, ...) by Opitz employees as well as TH Köln students. Our group also joined this coneference with a presentation about the main ideas behind the model-based optimization for real world problems.

You can find a short video about Digital Day here. We had the chance to present our work in the field of online model selection for surrogate assisted multivariate optimization in the 15th workshop of quality improvment methods which was held in Dortmund and organized by the statistics faculty of TU Dortmund. You can read more about the quality improvemnet annual workshops here.

Due to a major release change in SPOT, the newest package version SPOT 2.0 on CRAN is currently not compatible with TDMR 1.5 (and TDMR 1.4). Therefore TDMR is currently archived on CRAN. We are working on an update. For the time being:

We are happy to announce that Samineh Bagheri has won the Best Student Paper Award at "IEEE Symposium Series on Computational Intelligence" (IEEE SSCI 2016), a conference held in Athens, Greece . Read more here ...

We are delighted to announce that our recent research work related to online model selection for constrained optimization has been accepted for publication and it will be presented at SSCI 2016.  The SSCI 2016 conference will be held in Athens, Greece, from 6th to 9th of December, 2016. Many plenary and keynote talks are planned in the wide filed of computational intelligence.

Our article "Online Selection of Surrogate Models for Constrained Black-Box Optimization" received many positive reviews. In our former work, we have developed a surrogate assisted algorithm for optimization under constraints which builds a separate surrogate model for each constraint and objective function. Then it tries to solve the optimization problem on the surrogates. So far, we always used the same model type for all functions. Now, these functions can be of completely different types for each constraint and objective, leading to possibly better models. This formed our motivation to think about an online algorithm which selects out of an ensemble the best model for each function in each iteration. We have shown that the SACOBRA optimizer with ensembles of models improves success rates by 15% in comparison to SACOBRA with a fixed model. Our team had the honor to present our recent work on "equality constraint handling" in this important conference. If you are interested in our work you can find  it here. In case you are interested to have access to our presentation slides please contact us.